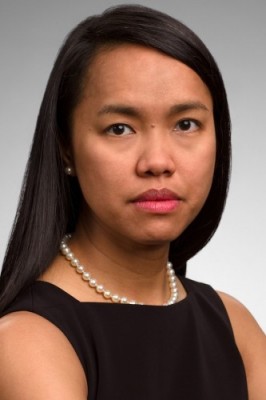 ashington, DC; August 1, 2019 – The Association of American Publishers (AAP) announced today that Lui Simpson has been promoted to the position of Senior Vice President, Global Policy after serving previously as a policy vice-president. In her new role, Ms. Simpson will continue to drive AAP’s work on a variety of borderless issues involving the intersection of intellectual property and technology policy, while taking on more of an overall leadership role within the organization.

“Lui has been an effective Washington advocate in an increasingly global business environment,” said AAP President and CEO Maria A. Pallante. “She will be a key leader for us as we further shape our organizational vision and work with partners at home and abroad to advance the interests and criticality of the publishing industry in the modern world.”

During her tenure, Ms. Simpson has represented AAP’s member companies before the White House and federal agencies on a variety of issues, including counterfeiting and piracy, trade and tariff policies, treaties, and competition and consumer protection, and worked closely with both domestic and international allies.

Ms. Simpson joined AAP in 2009. She holds a Bachelor of Laws degree from the University of the Philippines College of Law and a Master of Laws degree in International Law from Temple University Beasley School of Law. As a child, she lived in Papua New Guinea, where books became her principal pastime and lifelong passion.

AAP represents the leading book, journal, and education publishers on matters of law and policy, advocating for outcomes that incentivize the publication of creative expression, professional content, and learning solutions. As essential participants in local markets and the global economy, our members invest in and inspire the exchange of ideas, transforming the world we live in one word at a time.