Washington, DC; July 16, 2019 – The Association of American Publishers (AAP) announced today that John McKay has joined its team as Senior Vice President, Communications. McKay was most recently an executive officer with the New York Metropolitan Transportation Authority, where for the past three years he advised the Chairman and oversaw a variety of strategic communications initiatives, marketing partner 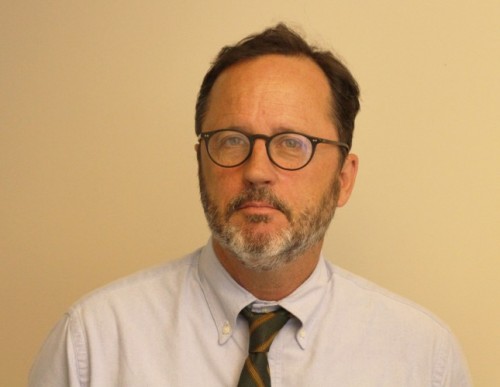 ships, app developments, and public service announcements, and acted as a liaison to the Governor’s Office. Previously, he was a vice president of communications for both NBC Universal and Sony Music Entertainment, working for each company for more than seven years.

“John brings tremendous experience in writing, strategy, and execution to AAP, from complex positions in both the government and the copyright industries,” said Maria A. Pallante, President and CEO of AAP. “He will be a great asset to AAP as we advance our extensive public policy work and important programs on behalf of the publishing industry.”

McKay joins AAP at a time of continued transformation for both the publishing industry and the association itself. As a senior report to the CEO, he will work closely with AAP’s staff, membership, and partner organizations to refine the communications portfolio and further AAP’s mission.

“I’m thrilled to be joining an organization as important as the Association of American Publishers,” McKay commented. “It will be an honor to work with the AAP team to highlight the publishing industry’s numerous contributions to culture and the economy.”

McKay holds a BA in East Asian Studies with a minor in Religious Studies from Penn State University.

AAP represents the leading book, journal, and education publishers on matters of law and policy, advocating for outcomes that incentivize the publication of creative expression, professional content, and learning solutions. As essential participants in local markets and the global economy, our members invest in and inspire the exchange of ideas, transforming the world we live in one word at a time.